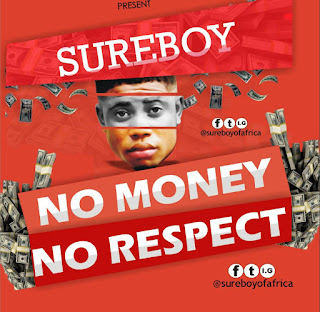 Obim Bassey Obuo popularly known by his stage name as Sureboy is a Nigeria based Afropop/Hip-hop Singer, a songwriter, and a performing artiste. Bassey was born in Calabar,  the southern part of Nigeria.
He started his career as a novelist, wrote his first novel at the age of  17 titled “GOOD LIFE NEVER PERISH” and another novel titled “EVIL COMMUNICATION CORRUPT GOOD MANNER” after then he picked interest in music at the age of 19. started visiting studios at the age of 21. Sureboy dropped his first record title “NO PRETENSE” thereafter,he released his first track title “NO MONEY NO RESPECT” .Obim Bassey is also a skilful graphic designer and  serious minded
DOWNLOAD AUDIO
Prev Post
[Mp3] Experience – My Head No Go Spoil
Next Post
[Mp3] Lil Blizzi – How E Go Be